Yes yes I know. I'm way late! Still I´d like to show off my haul from Models Own´s half price sale! I spend a mere 27£ including postage. Pretty good price for that much eh? The first pic is my own, the rest is borrowed from the Models Own website (including swatches! However I recommend that you check out the bloggers who generously shared their pics and show them support by looking up their websites)
Since these people allowed for Models Own to showcase the pictures, I assume it is alright to show. If any of the bloggers and tweeters behind the swatches want me to remove the pictures, just hit the "about me" and contact me via the info there or leave a comment :) 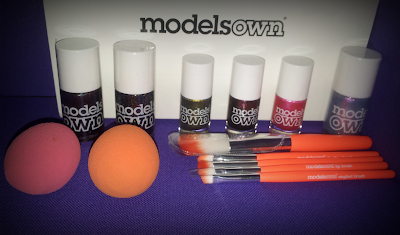 My Haul - the 5 pc brush set and blending sponges:

I also bought the Beetlejuice Mini set, which included:

Christmas fact of the day: The Christmas tree as we know it originated in Germany and  the tradition spread through out Europe in the 18th century

FatNfab
Denmark
My name is Sandy and I'm 26 years old, living in Denmark and I have been collecting Disney Dolls for 8 years